I found and fixed a simple command injection vulnerability in the CommonAccord web site.

I was looking for open source web applications to hack, using Google BigQuery on the GitHub dataset. Initially I was looking for XSS by searching for <?=$_. This resulted in the source code for the site CommonAccord. The payload I was searching for didn’t immediately result in XSS, but I found some other, more interesting things.

The web site has several actions. I wasn’t clear how they worked, so I grepped on one of them (showme1), which gave the following result:

Here, $dir is based on user input. The backticks indicate that this line is executed in a command shell. This looks vulnerable to command injection. By appending a semicolon a command can be executed on the server. For example, ;ls -l / gives the directory listing of the root directory. 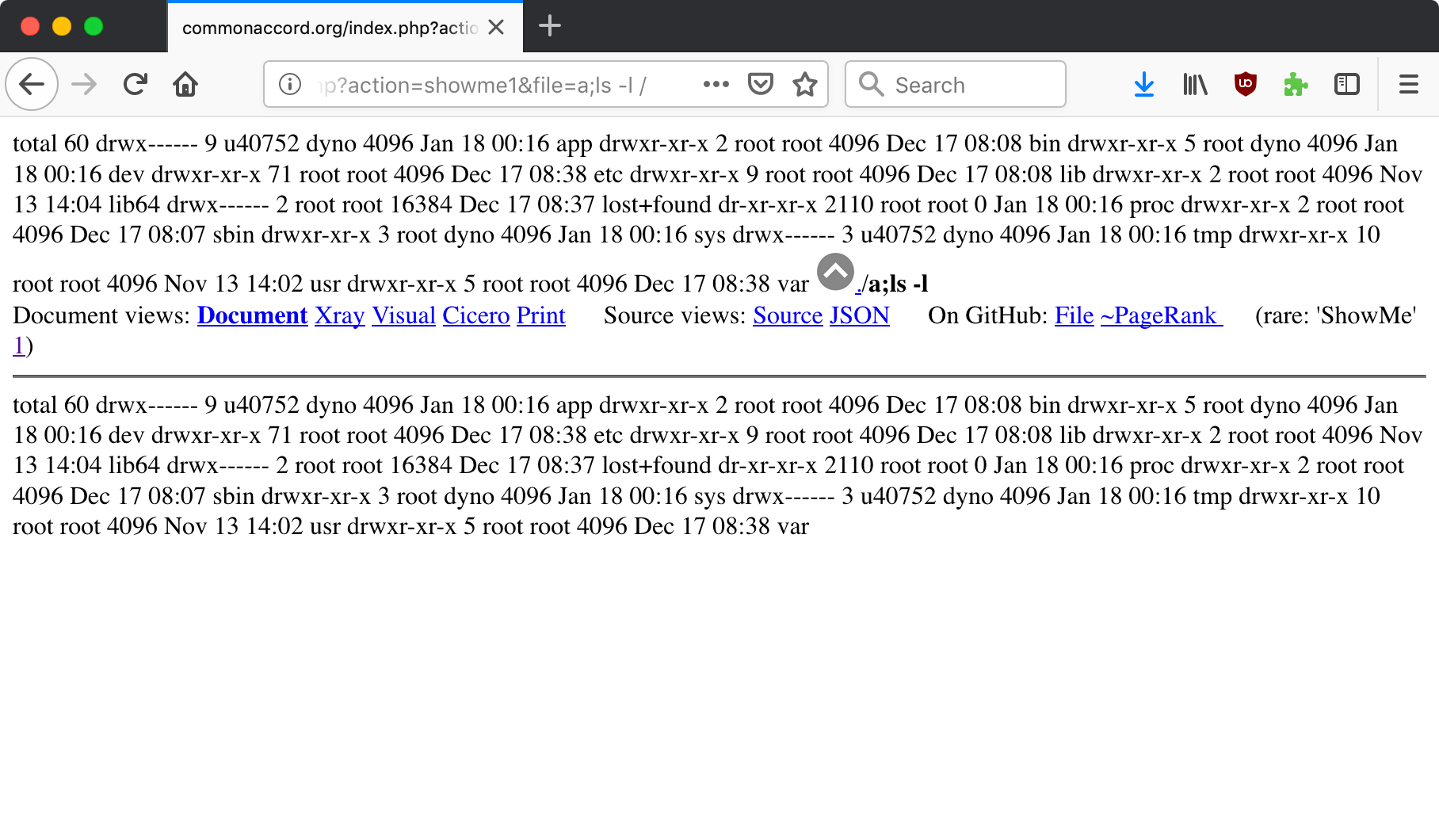 To solve this, I initially wanted to pass the $path/$dir securely as an argument to Perl. To do this, I searched for an API that takes an array of arguments, like this:

This way, the third argument is always passed as the third argument to the program, no matter what it contains. Additionally, the shell doesn’t need to be involved, making it impossible to inject && or something like that in the command. Java has an API like this, but unfortunately PHP doesn’t.

In the end I decided to perform input sanitation to solve this problem. This is usually a defense-in-depth measure and not the correct solution in itself, but here it provides a convenient way to solve multiple issues at one spot. I added the following line:

This replaces everything except allowed characters by an underscore.

I helped the author of this web site by implementing basic input validation that protects against command injection. The optimal solution for this problem, an execution API that allows separate arguments, was not available in PHP.