Western Digital hard drives have pads for a Mictor-38 connector, a debugging port that features JTAG. I found a cheaper alternative for these connectors and tried to attach them to the hard drive.

At work we often have student interns working on their graduation project. One of these interns, Nick, works on replacing firmware of hard drives. These hard drives have a series of empty pads to attach a debug connector during development. These pads normally take a Mictor-38 connector, a high frequency connector often used for debugging ARM systems. The connector exposes a JTAG interface, which makes it possible to manipulate the firmware on the hard disk.

Mictor-38 connectors are quite expensive and we don’t have any devices that come equiped with a Mictor-38 connector, so going the Mictor path was not obvious. In the end, Nick just soldered little wires to the hard drive.

Even though Nick had a simple solution, I thought it would be useful to have an easy way to connect to pads like this. This would be especially useful if we come across more Mictor-38 pads in the future. I searched for a connector that would be useable with these pads. 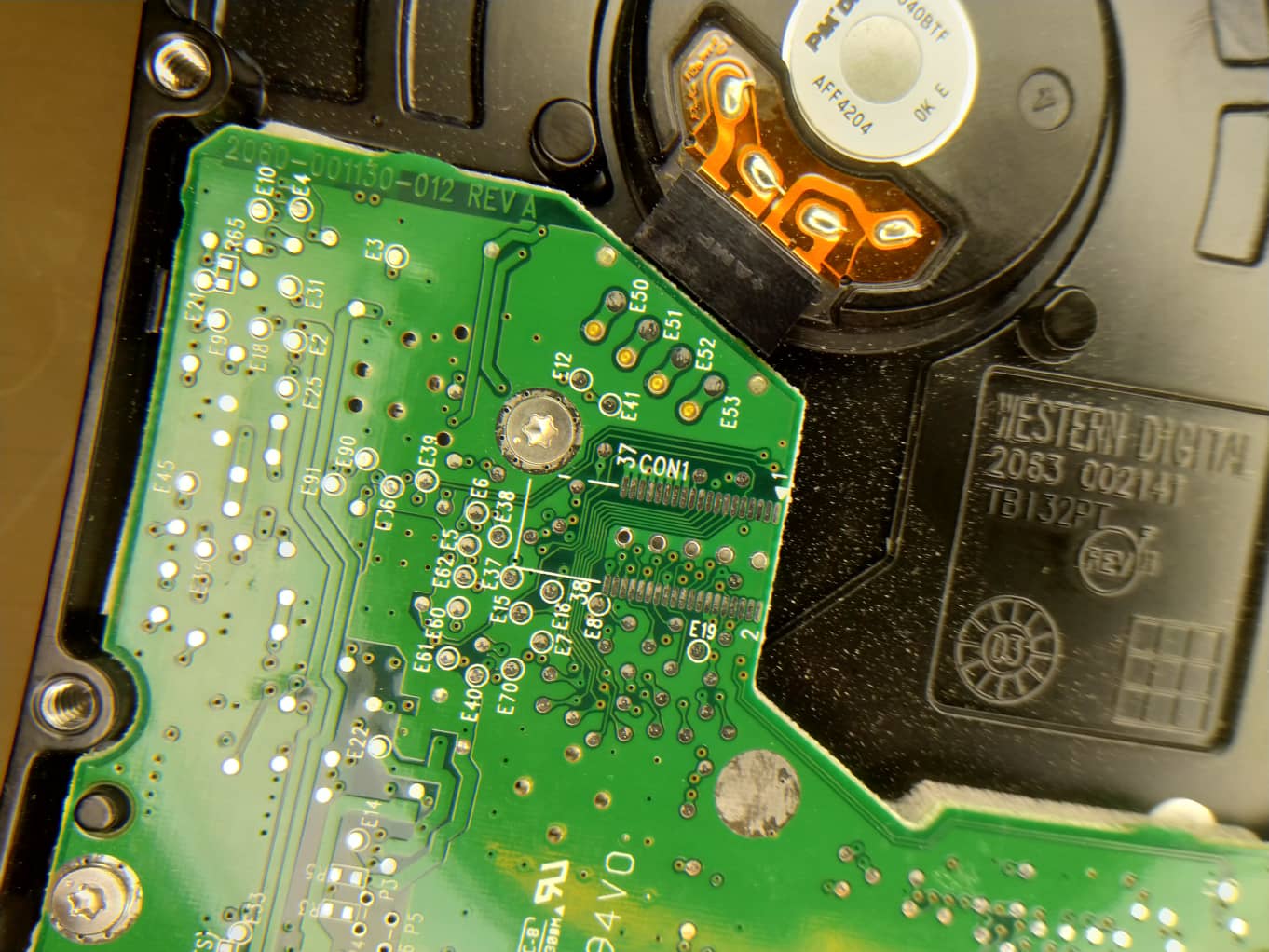 The Mictor connectors have 38 pins with a pitch (distance between pins) of 0.635 mm. This is quite an unusual pitch, and it took me some time to find a matching connector. Eventually I found this BTB connector, which has 40 pins with the correct pitch. 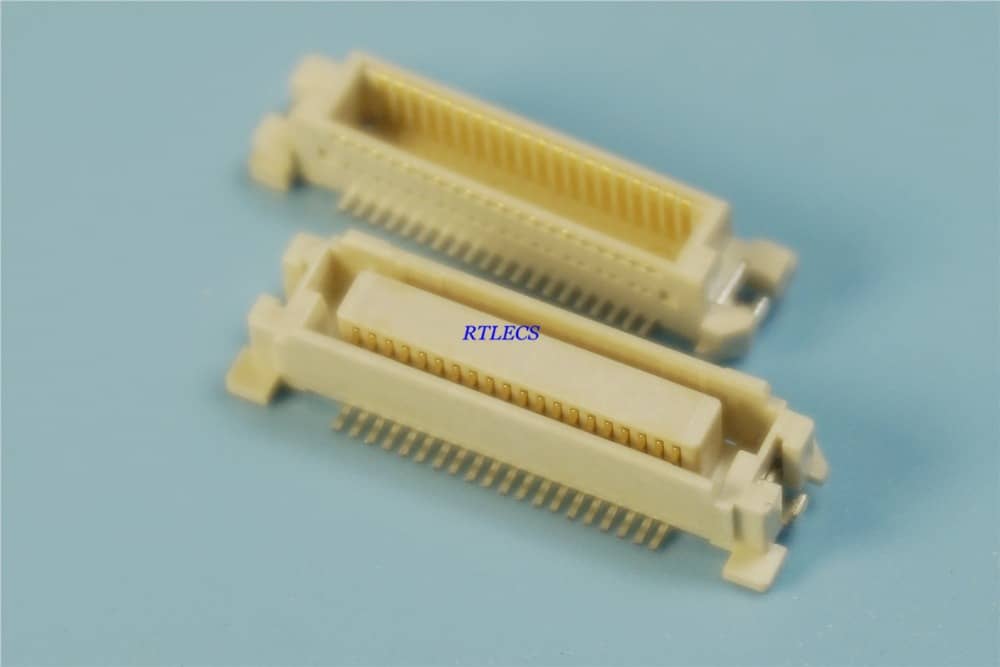 Soldering the little wires is quite a challenge. The best way is to first put solder on the whole connector, and then remove it again using solder wick. This leaves a little bit of solder under each pin, without the precision needed when soldering each pin individually. 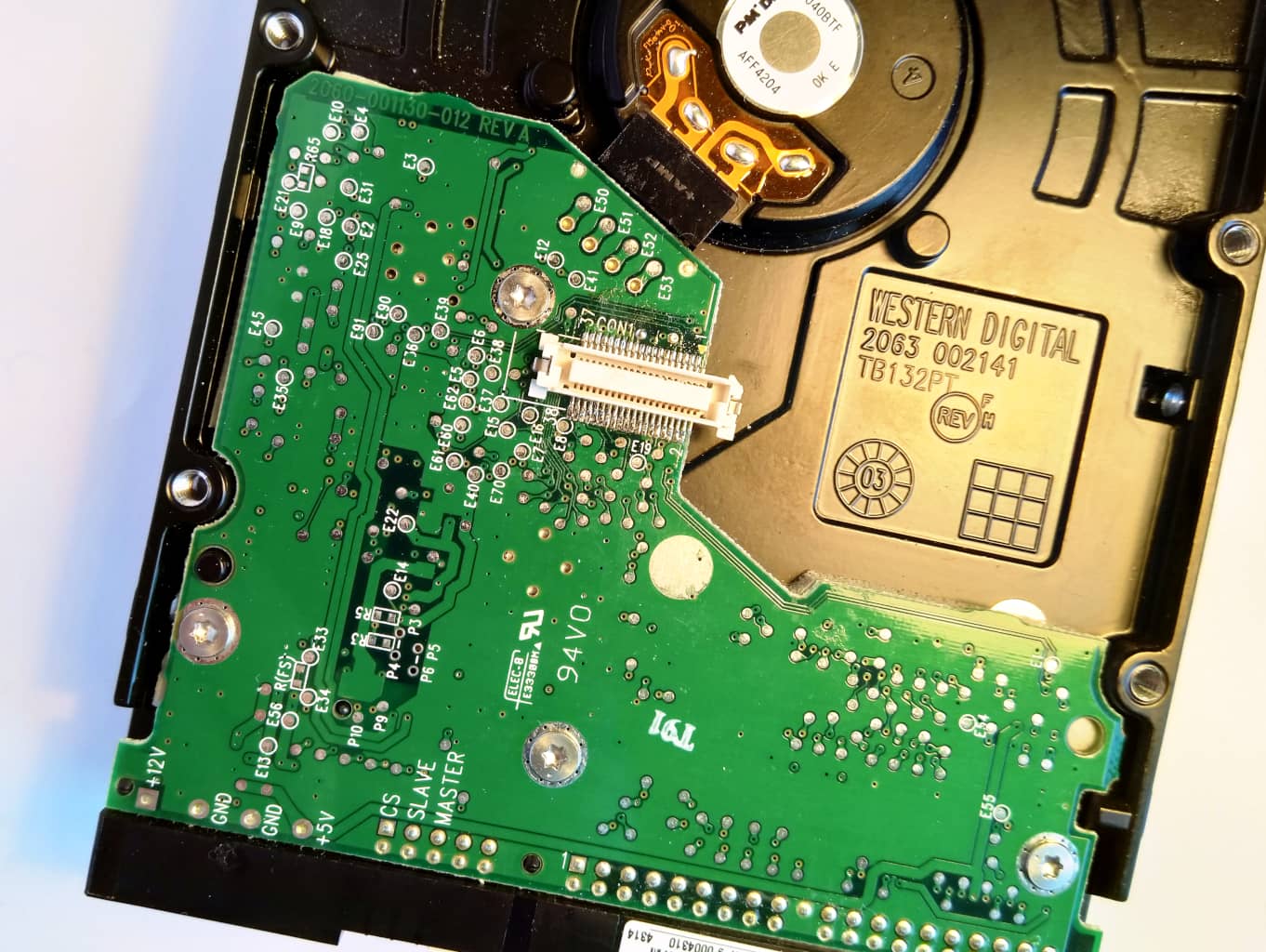 To connect easily to the other connector I made a little breakout board. I drew a PCB in Kicad and had it made by a PCB manufacturer. 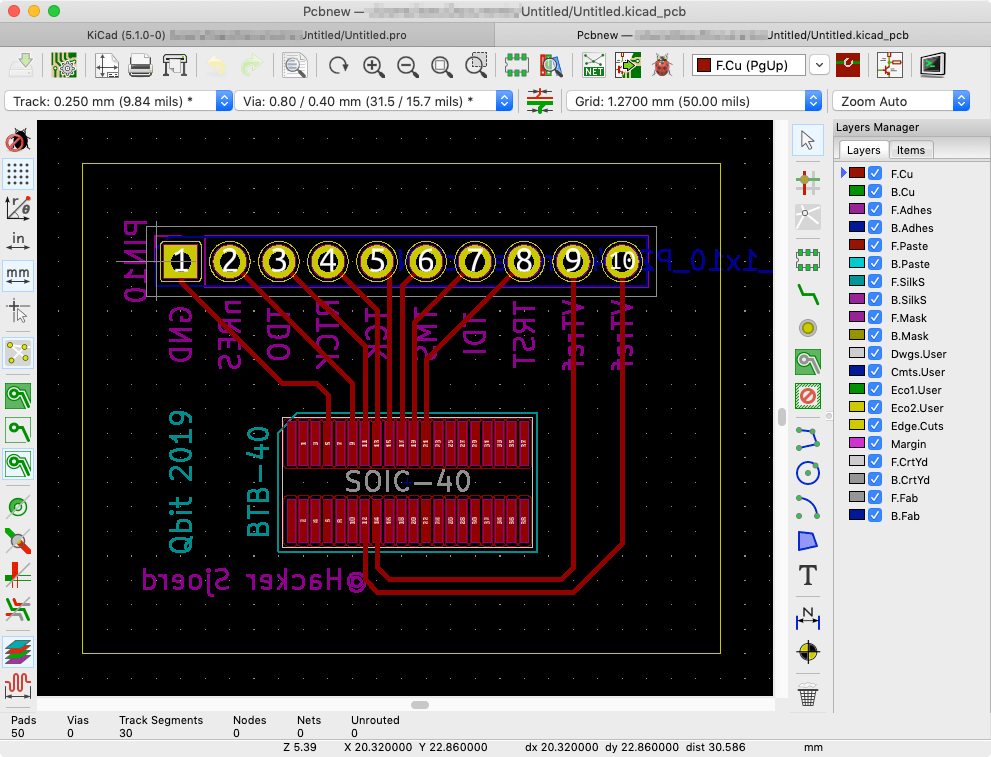 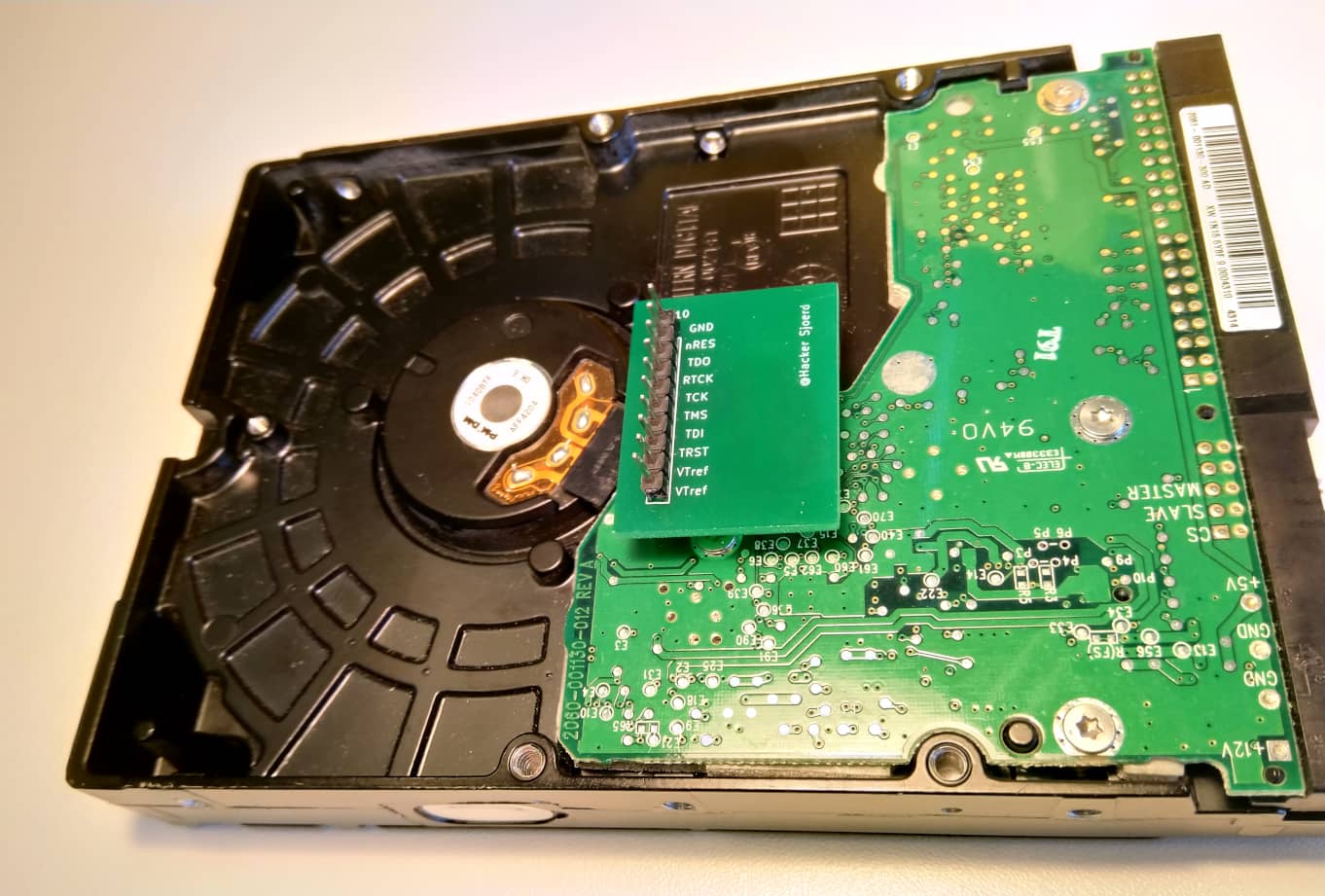 In the end, it didn’t totally work. The JTAG boundary scan didn’t turn up any CPU’s. I am not sure why. I checked all connections, but couldn’t find a problem.

Even though the actual JTAG connection failed, this project was still educational for me. For me, it was the first time I designed and ordered a PCB, but I found it pretty easy.