MoxieManager is a file manager for web applications. By using the built-in unzip functionality we can bypass the file extension filter in the .NET version of MoxieManager.

Upload a zip file and extract it: 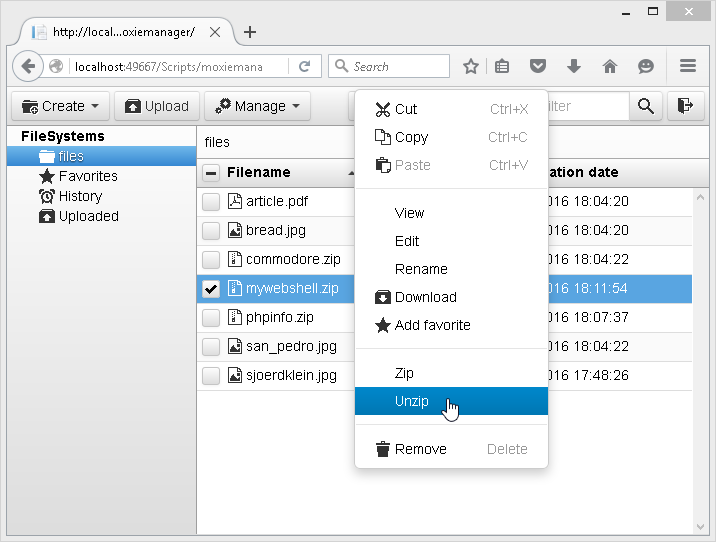 And open the webshell to run anything on the server: 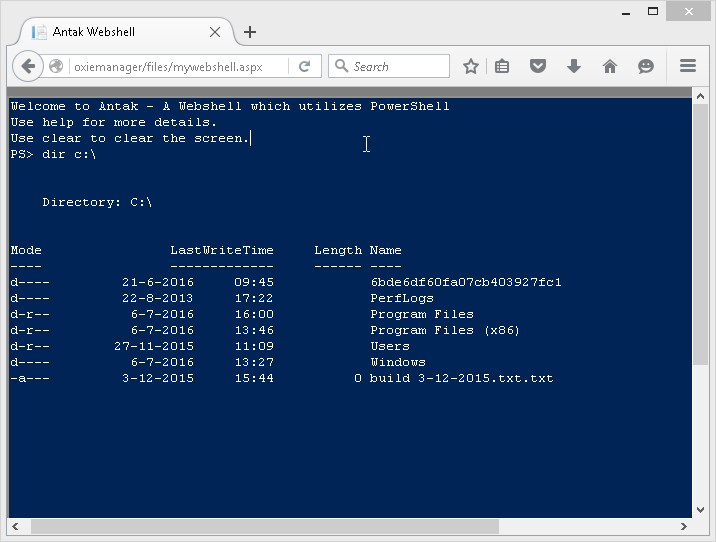 Why does this happen

First I assumed that MoxieManager simply ignores the extension filter and calls unzip.exe mywebshell.zip, but this is not the case. Both in the PHP as in the .NET version each file in the zip-file is checked against the filter. The following examples are obtained by disassembling the .NET DLLs using dotPeek:

As you can see the BasicFilterFilter is consulted for every file in the zip. Its job is to check the extension of each file, but it doesn’t. It doesn’t even consider them files to begin with:

The constructor for this file class assumes that anything in the filesystem is either a file or a directory. If it isn’t an existing file, then it must be a directory. This does not hold up for files that do not exist yet, such as those we are extracting from a zip-file. These get marked as a directory, and the BasicFileFilter will not do any extension checking on them because that makes no sense for directories.

To protect against this vulnerability, you may think that blocking zip-files from being uploaded solves this problem. However, MoxieManager will also happily unzips files with any other extension. By renaming a zip-file to image.jpg and invoking the unzip-command on it, an attacker could still upload arbitrary files.

Because different components make different assumptions on files, it is possible to upload web shells using MoxieManager. According to Ephox this issue will be fixed in version 2.1.4, to be released in October 2016.