In the Kayako helpdesk software, customers can submit tickets which staff can then view and answer. In this feature there is a XSS vulnerability in the ticket title. This post describes how I found that vulnerability.

First, I created a new ticket with some HTML tags in each field: 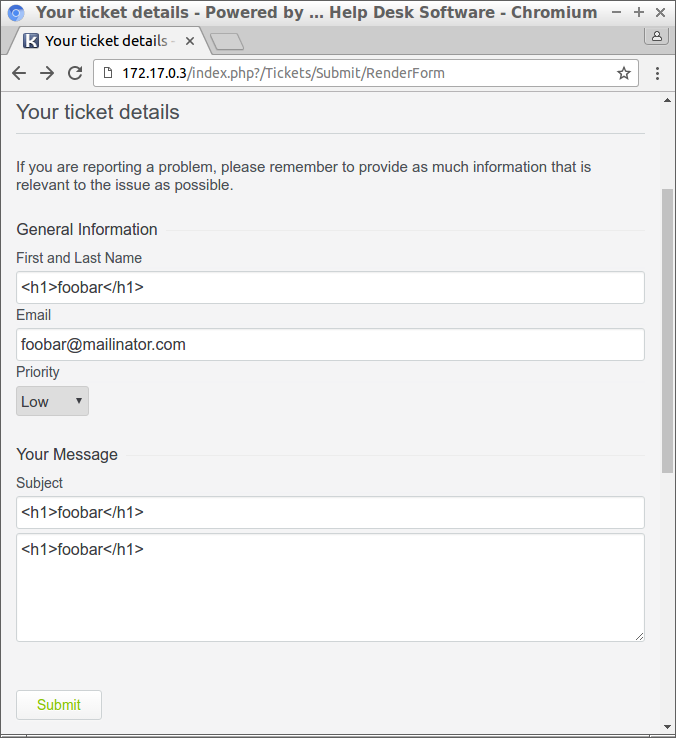 I use a easily recognizable word in each field (“foobar”) so that I can later on search in the page source and easily find how strings are escaped. I use <h1> instead of <script> because this does not break things just yet and is passed through any filters more often.

Then I open the ticket in the staff view. As you can see there is no large text indicative of an H1 tag, and the HTML seems correctly escaped. One interesting thing is that our H1 apparently capitalized the message content, but we will not go into that. 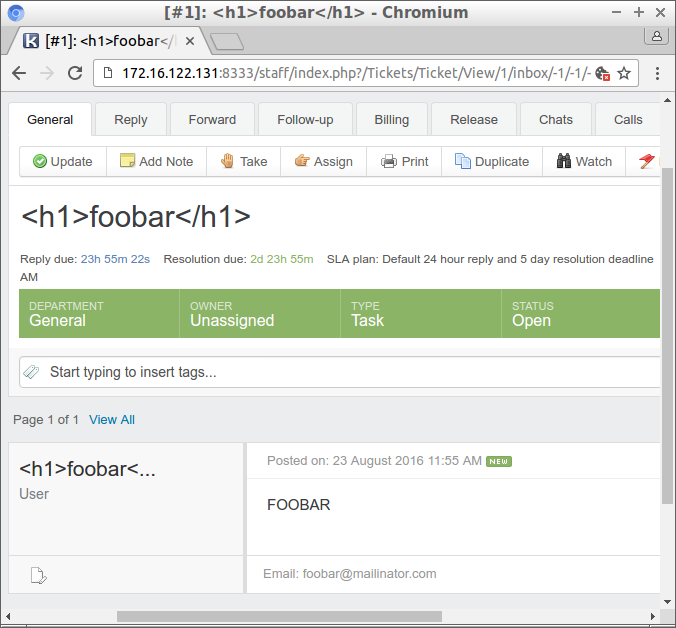 Let’s look at the source code. By searching for “foobar” in the source code of the page, we find one interesting spot where the HTML is not correctly encoded: 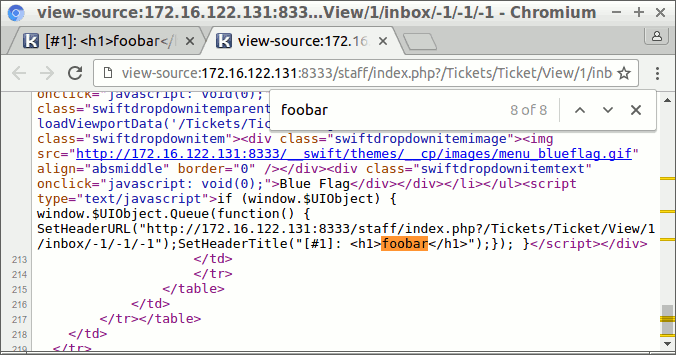 As you can see the <h1> is not encoded at all. This is not necessarily a vulnerability, but it is interesting enough to try some things.

First, lets try ");}); alert("XSS") as subject line. This breaks out of the quotes and parenthesis and then runs the alert, which should pop up a dialog box. However, when we view the ticket as staff we don’t get a popup. The source code shows that all quotes have been escaped with backslashes.

No luck. Besides breaking out of the quotes, we can also try to break out of the script tag by putting </script> in the title. However, when we try that the whole tag gets removed.

Looking at the code

Time to look at the code to see what escaping is exactly performed:

The call to addslashes is the reason why our quotes are escaped, and the function StripScriptTags removes our </script> tag:

The last preg_replace call removes our script tag. Let’s look at what this regex means exactly:

So </script, possible whitespace, > is removed.

As we have seen </script> tags are removed, as long as they contain nothing else but whitespace. This means that we can bypass this sanitization code by putting something that is not whitespace in the tag:

Note that we have added an a to the closing script tag, which prevents StripScriptTags from deleting it. We also use backticks instead of quotes in our JavaScript, because quotes would be escaped by addslashes. Success at last: 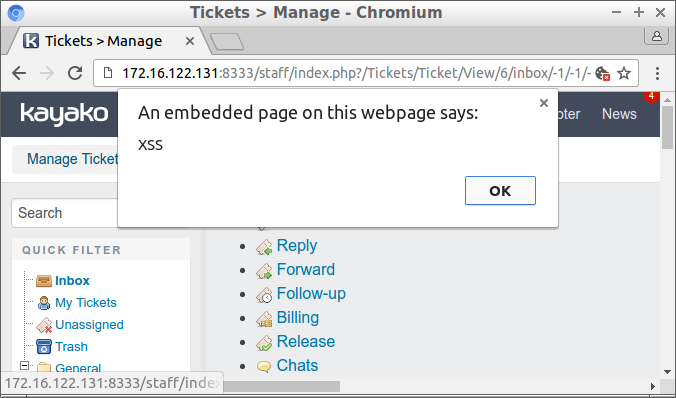 This vulnerability makes it possible for an anonymous user to inject scripts that are executed by staff. It was easily found using a combination of hands-on testing and code review: first test to find an interesting location where input is not correctly escaped, then read the code to learn what escaping is done exactly.